Conversations at the Cradle of Humankind 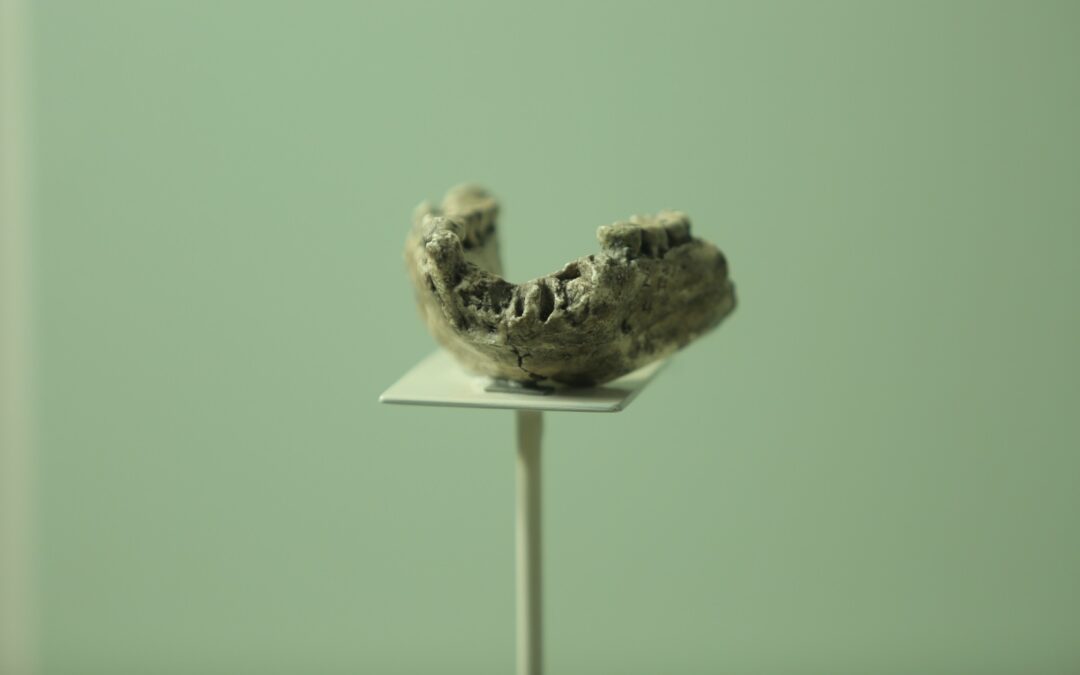 For the first time, we can take a close look at the social and reproductive patterns of those early humans

The Serengeti and Ngorongoro Conservation Area, near the majestic Mount Kilimanjaro, are said to be among the most beautiful places in Africa. This is primarily on account of the diverse wildlife, which – it is no surprise – tends to capture the attention of tourists.  But in addition to the opportunity to photograph lions, cheetahs, and elephants, this stunning region of Tanzania offers an incredible museum of human evolution. It is in the Olduvai Gorge where one can ponder the question that has obsessed humankind since the dawn of time: Why…how did we come to be who we are? Thanks to the volcanic landforms at Olduvai, the remains of the earliest members of the genus Homo, our ancestors, have been incredibly well preserved, two million years after they made their first appearance.

Just as I arrived, an American who had heard me speak turned around and asked, ‘Are you Spanish?’ When I replied that I was, he said, ‘Then you should visit the Gorge. There are Spanish archaeologists working there at this very moment.’

In this location, remains of the Australopithecus, the Paranthropus (both of which predate the genus Homus), and Homo habilis have all been found.

I eagerly walked down to the site of the archaeological dig and my Tanzanian guide began to speak in Swahili to a man who looked like an explorer. It wasn’t long before the latter turned to me and we exchanged a few words in English. He soon asked, “Are you Spanish?” I said I was and began to speak in my own language. The man was Manuel Domínguez-Rodrigo, one of Spain’s most distinguished archaeologists who has spent years digging, along with Enrique Baquedano, at the cradle of humankind, as Olduvai is widely known. 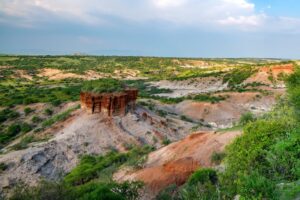 A view of the Olduvai Gorge

The earliest members of the Homo genus, our ancestors and, effectively, the earliest human beings – Homo habilis – first emerged around two million years ago. Thanks to the volcanic landforms at Olduvai, remains have been incredibly well preserved, enabling conclusions to be drawn about a crucial moment in our evolution, just as the Homo genus began to appear. Crucially, remains of Australopithecus, Paranthropus (which predate the Homo genus), and the Homo genus were all found at this one site.

So, just how have Spanish archaeologists come to play such a significant role in the excavation of such an important site over the last 20 years? “You could put it down to perseverance,” Manuel Domínguez told me. “The first people to explore Olduvai were German paleontologists, back when Tanzania was a part of their empire, before the First World War. Following the Germans’ defeat, the British took control, and dominated archaeological excavation. It was at this point that Louis and Mary Leakey famously discovered the skulls of Homo habilis in 1959, as well as Paranthropus remains. It was this discovery that attracted enough funding from organizations such as the National Geographic Society, to be able to conduct a series of important excavations which, as well as unearthing some 60,000 fossils and the base camps of other hunter-gatherers, found what may be the oldest-known human dwellings.” According to Domínguez-Rodrigo, “Never before had an archaeological site been so significant.”

“The British were followed by the Americans, until, at the turn of the century, Spanish archaeologists’ research, in other regions of Tanzania, was rewarded by the Tanzanian government when they allowed us to head new archaeological digs.” By then Domínguez-Rodrigo had already been working in Tanzania for ten years, at the Peninj archaeological site at Lake Natron. Now he’s heading up his own operation in Olduvai, at the Emiliano Aguirre site, which is named in honor of the renowned Spanish anthropologist whose career reached its zenith in the mid-20th century, when he pioneered excavation at Atapuerca in the province of Burgos.

“Darwin had already asserted his theory that human beings originated in Africa. Excavations carried out at the beginning of the 20thcentury also pointed in that direction. However, this theory was not accepted in the West, where the focus centered on conducting searches in other parts of the world, such as the United Kingdom (based on remains that had been compromised), and in Asia. It was the Leakeys’ discovery at Olduvai which confirmed that our ancestors were African, hence their huge importance. The area is surrounded by volcanos, the ash from which preserved traces of our ancestors’ existence, with astonishing precision. The remains enable us to track the way in which our ancestors transported their kill, how it was divided up into pieces, and how the flesh and marrow of the animals were consumed.”

I wondered aloud how Spaniards have managed to remain so prevalent in this work, for two decades in fact. “To begin with, we pioneered the use of artificial intelligence and geoarchaeology, which meant we were able to double the number of sites found by the Leakeys. It took them 50 years, whereas it took us less than seven,” Domínguez-Rodrigo told me. “Furthermore, we’ve discovered a partial Paranthropus skeleton, the Paranthropus being the hardiest of our hominid ancestors. What’s more, we’ve uncovered the oldest evidence of Homo erectus at Olduvai, as well as the remains of a hominid child that lived 1.5 million years ago, and who may have died from anemia brought on by the lack of meat in its diet. Today, that kind of pathology is only found in humans.”

“Using these tools,” he added, “we’ve been able to conduct the best reconstruction ever of the diet of early human beings, focusing on the role of meat and hunting in their day-to-day lives. What’s more, we’ve unearthed one of the three oldest caches of Acheulian stone axes in the world, which also happens to contain the most complex tool to have survived from that far back, thus providing an insight into the mind of those early humans. Finally, the most exciting aspect of our current research is a cache of findings dating back almost two million years, which have been exceptionally well preserved. It means that, for the first time, we can take a close look at the social and reproductive patterns of those early humans.”

Funding is the biggest challenge Domínguez-Rodrigo faces. And the most crucial. Of course it is. He tells me that the ideal model would be a combination of public and private funding. “Spanish scientists have always depended on the former, and it is vital that we attract private funding for us to reach our full potential.”

Back in Madrid now, the splendor of the Serengeti is still with me, all its beauty, its unrivaled wildlife, and its history. Having encountered compatriots who are leading the way in opening this important window onto our past has also left me with a sense of pride and contentment. I can only hope that private funding will find its way to this commendable venture, this worthy investigation into why we are who we are.